Today marks a milestone in my life, career, and personal journey. 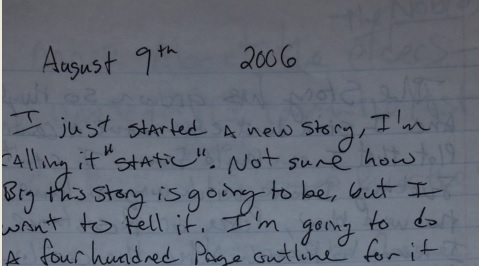 I finished Static today, just now. I thought I was done yesterday, but I had to go in and add one more little… and that is the LAST TIME!

I’ve sealed the record. I am so proud of this book because it is the one thing I always wanted to write. The spark that ignited a fire in me that has grown in size and strength each year.

When I met my wife I was discouraged from writing, and going through my early-life crisis: I was newly sober and had just turned 30 a few weeks prior. I hadn’t written in ages. This “book,” Static, was four years old and had turned into a giant turd that I couldn’t wrap my head around. I had it in a box. All I did was go to rock shows looking for chicks and on mountain biking adventures with my buddies. My roommate and I, the writers, never wrote anymore. We were broken writing machines. When my wife and I moved in together, I unpacked a few boxes and came across the original draft I had abandoned so long ago. I decided I was ready to finish it (I WAS NOT). This came as quite the shock to my brand new spouse, to whom I had never mentioned that I was a writer.

She has endured the pain of my absence and frustration as I have now completed my fourth book (3 novels and a novella).

Now I have a publisher, and some validation of the time I have otherwise squandered at a keyboard, or with a pencil and comp-book. It’s all starting to come together.

Anyway, I tried to finish this book right after we got married in 2011, and I still had no idea how to structure it. My cousin, inspiration to self-publish, and overused editing resource, Brandon Beam, politely informed me that “This is not a book. It’s a long-winded outline masquerading as a book. You should pick up some books on the craft if you want to make a go at this. Since you like King, I suggest ‘On Writing.'”

And that was it. I got the book by King, read it, took it seriously, followed the single writing prompt in the back of the book and turned it into a 60-page story. It was the first piece of fiction I had yet finished… And it was GOOD.

That motivated me. I studied more, I researched and interviewed with homicide detectives and then I wrote m first novel. 90K words of my thoughts laid out in a comprehensible fashion. And it was pretty good, too!

I couldn’t fucking believe it. I kept going, another novel, this one my tour de force, The 13 Lives of a Television Repair Man. This one wasn’t “pretty good” it was damned good if I do say so myself and it brought me to another level in my confidence and journey. I gained the skills I needed to call this thing more than a hobby.

Fast forward – I was 40 pages in on a new novel, a western I am writing for my dad, and I went to my drawer to get some pencils, and there it was… the last draft of static. I thumbed through it. I had no idea how to make it work but realized it was either going to happen, or I was going to need to burn it and erase all the files. I put that western away (sorry Dad) and went to work on my flagship novel.

Turns out I had to scrap the whole thing anyway… the original draft was written in first person limited perspective. It was clunky and weird and I had to start over, but I have invested again… I read the original, one chapter at a time, then re-wrote it from memory in third person perspective… eventually, I went off script and just started winging it. I followed my cousin’s advice, which was that my book wasn’t a book, but an outline. I only ended up keeping the last chapter in its entirety and a few random scenes that I was able to salvage from the original.

Ladies and Gentlemen, I give you the re-envisioned work I have so long hoped to bring the world, Static-Redux. 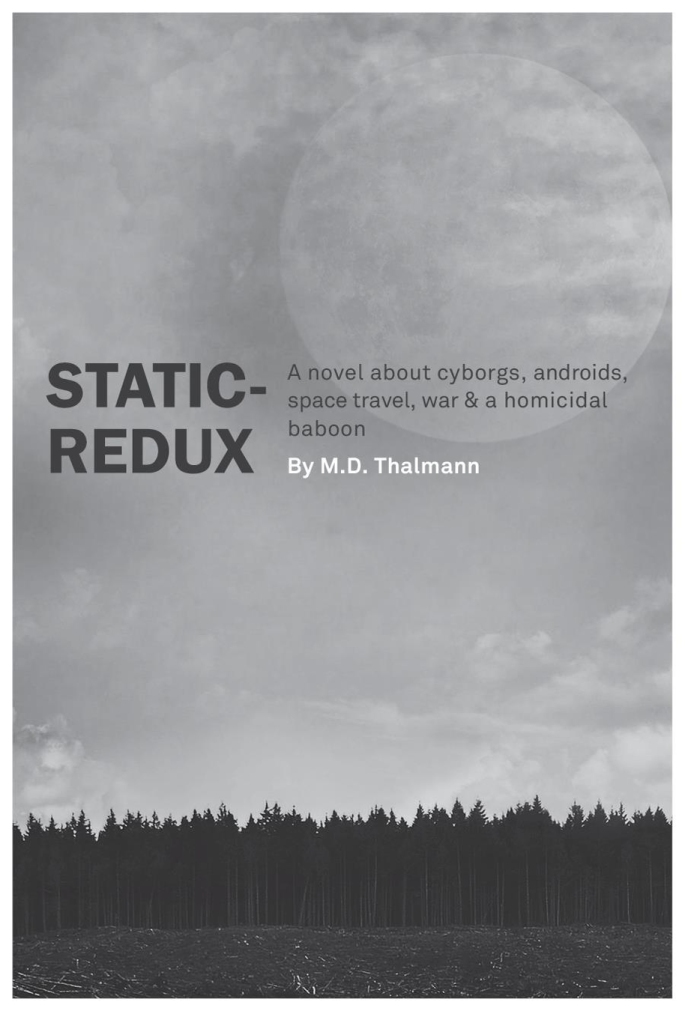